Propane tanks are a convenient and portable source of fuel for a broad array of uses and purposes. Many homeowners and others are most familiar with mid-sized propane tanks typically for use with a barbecue grill. Individuals that frequently go camping may be more familiar with smaller sized propane canisters that can be used with a portable heater, lantern, or camp stove. Still other Pennsylvanians living in more rural parts of the state may have a large propane tank attached to their home to provide heating fuel in the winter.

However, the utility of the propane tank is probably only surpassed by its potential risks and dangers. Since these tanks store large amounts of flammable gas under compression, problems with the tank, regulator, or gas lines can result in a violent explosion. More often than not, this explosion results in a life-altering injury or death. If you or a loved one have suffered a severe injury due to a defective propane tank, delivery system, or improper installation the experienced propane tank explosion and personal injury lawyers of The Reiff Law Firm can fight for compensation for you.

Why Do Propane Tank Fires Occur?

Propane tank fires and explosions can occur for aboard array of reasons. One of the more common reasons is due to storing the tank at high temperatures or exposing the tank to violent agitation. The reason that increased temperatures and agitation present a risk is due to the inherent nature of storing a fixed amount of flammable gas in a sealed container. Propane, like other gases, expands when it is heated or agitated. If an excessive amount of heat or agitation occurs, the volume of the gas will continue to expand until the pressure is too great for the container to contain. At that point, the container will exploding violently sending fire and shrapnel in all directions. Individuals within the tank’s blast radius are unlikely to escape without sustaining a severe injury.

However, the foregoing makes-up only a single potential scenario for a propane tank explosion. In a recent incident that occurred in New Jersey, an elderly couple decided to take a local gas company up on their offer to convert from propane heat to natural gas heat. However, the company that was contracted to disconnect the propane tank from the home failed to take necessary measures. While the company did cut the gas line to the home in the basement, it failed to shut off the gas, make the gas valve inaccessible, or place a notice on the valve warning people against turning on the gas. 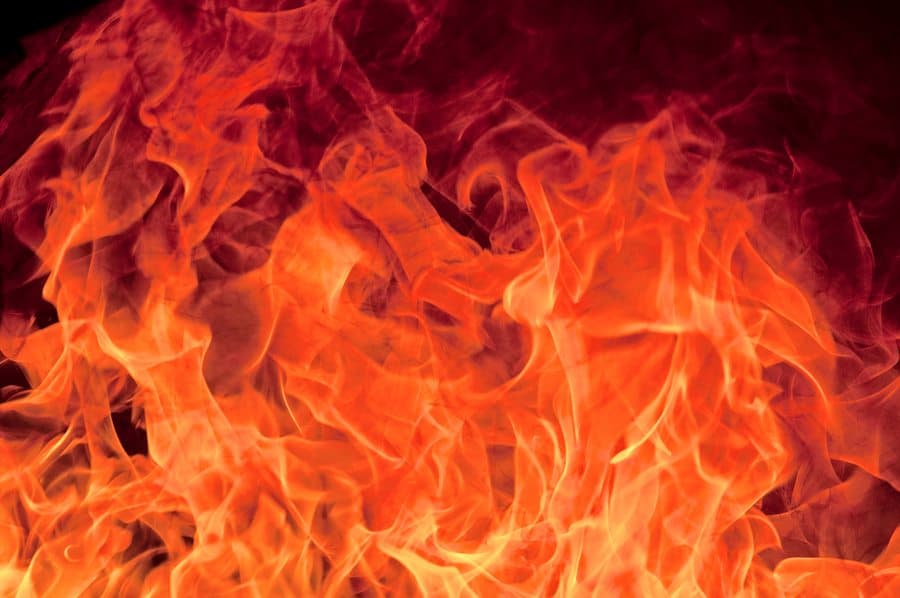 A neighbor who noticed that the couple’s propane had been shut off thought he was doing the couple a favor by turning on the gas. Unfortunately the turned-on gas line resulted in gas accumulating beneath the home. When the home’s hot water heater kicked on the next morning, the gas ignited and exploded with a force that could be felt for miles.

Many other scenarios and events can cause or make a gas explosion more likely. A defective tank, ruptured tank, defective regulator, and other problems can also result in a violent gas explosion.

Many jurisdictions require propane tanks to be equipped with overfill prevention devices. In fact, in 2002 Consumer product Safety Commission issued a press release alerting consumers of the necessity of over-fill protection devices and warning them against using tanks without sufficient safety measures. The over-fill prevention device is intended to prevent workers from intentionally or inadvertently overfilling a propane tank. An overfilled tank is more prone to explode due to the properties of stored compressed gas discussed in the previous section.

Aside from the standards and suggestions set forth in CPSC’s 2002 press release, the industry also adopted number of industry standards in 1995 at CPSC’s urging. These 1995 industry standards included the requirement of a regulator to control the flow of gas from the tank. The regulator can prevent gas leaks if the connection between the hose and is not secure. The 1995 standard also required an automatic shut-off mechanism that is activated if there is an overheating of the grill or other device attached to the tank.

Injured by a Defective or Overfilled Propane Tank?

If you or a loved one has suffered a severe injury due to a propane tank fire or a propane tank explosion, the experienced personal injury attorneys of The Reiff Law Firm can fight for compensation for you. To schedule a free, private legal consultation call our firm at (215) 246-9000 or contact us online.