Lawnmower Deaths and Catastrophic Injuries in New Jersey and Pennsylvania

It’s strange that most people consider mowing the lawn to be a perfectly safe and routine summer chore. In some sense, perhaps it the commonality of the task that makes it seem safe. That is, each year millions of Americans mow their lawns millions of times and no incidents occur. However, mowing the lawn is one of the most dangerous household tasks one can do.  The mower’s spinning blades can cut you, the other moving parts that my crush body parts or pull loose clothing into the machine, and the weight of the machine can crush a careless operator.  All in all, according to statistics compiled by the Consumer Products Safety Commission (CPSC) in 2009, nearly 20,000 people were killed by lawnmowers and nearly 300,000 suffered an injury of some type. 2011 data shows that more than 17,000 children or teens required medical attention in that year due to lawnmower injuries. Our Philadelphia wrongful death lawyers explain further below: Safety features in lawn mowers are intended to prevent injuries from occurring. While advances in both technology and precautions have taken place, they have not been sufficient. Compared to airbags and the automated collision avoidance systems of some car and trucks, a lawn mower’s safety systems are still rather crude including features such as a:

But as the above statistics make abundantly clear:  these measures are ineffective in hundreds of thousands of instances each year where catastrophic injury is sustained or death occurs. The main reasons for lawn mower injuries include roll-overs leading to traumatic brain injuries and crushing, lacerations or accidental amputations due to moving parts or blades, and burn injuries due to overheating or engine fire. 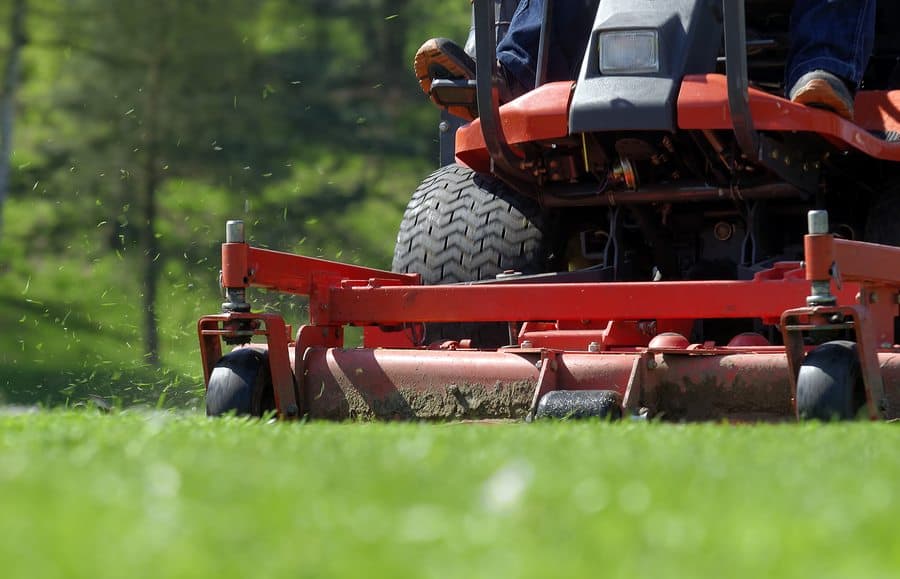 We have saved the most spectacular incident of lawn mower use gone wrong for last. Although many people probably wouldn’t believe it, in 1979, 2 fans were catastrophically injured by a flying lawnmower during the half-time show of a Jets-Patriots NFL game.

The halftime show consisted of a display put on by the Electronic Eagles of the Radio Control Association of New York. The participants would fly uniquely designed radio-controlled airplanes in a model airshow.  Daring maneuvers by the model airplanes were indeed to enthrall the crowds, but the close proximity of the planes to the audience combined with one of the planes crashing into the football field had put the crowd on edge. Unfortunately, this crash merely foreshadowed the horror that was to come.

At the end of the halftime show, another plane, this one shaped like a push lawnmower, went out of control. It looped around in the air several times before nose-diving into the crowd. On its descent, the lawnmower-shaped plane struck two patrons causing traumatic brain injuries to both. The 25-year-old man suffered a concussion and was admitted to the hospital, however, he was the luckier of the two individuals. The 20-year-old man suffered severe cranial injuries including severe lacerations. One witness remarked that it looked, “like he had been attacked by an ax.” He would pass away 4 days after his catastrophic injury.

Defective lawnmowers can cause catastrophic injuries that, in some cases, lead to the death of the victim. If you lost a spouse, child, or other family member to a fatal lawnmower accident in New Jersey or Pennsylvania, the experienced and compassionate injury attorneys of The Reiff Law Firm can help you assess your legal options. If the accident was caused by a product defect, you may have grounds to file a lawsuit, which could allow for the recovery of compensation for medical bills, lost earnings, and other losses caused by the death or injury. For a free legal consultation concerning a lawnmower injury in Pennsylvania or New Jersey, contact the law offices of The Reiff Law Firm online, or call us today at (215) 246-9000.