While the general public is probably not aware of the electronic logging device mandate most truckers, insurance companies and others in the trucking industry are extremely aware of this impending obligation. The electronic logging device (ELD) mandate is not slated to take effect until December 2017, but its impact is already being felt in the industry. Many trucking firms are scrambling to take action and achieve compliance with the rule prior to its implementation. While many, if not most, trucking firms are assessing upgrades to their fleet to meet this requirement, other trucking firms appear to be taking a more creative approach to satisfy the rule. Unfortunately, some approaches may actually result in an increase in the number of unsafe vehicles on the road.  Our New Jersey turnpike truck accident lawyers explain further below.

What Does the Trucking ELD Mandate Require?

For decades, truck drivers have kept driving logs with pen and paper. Driving logs are kept for a variety of purposes but these purposes include compliance with Federal Motor Carrier Safety Administration (FMCSA) hours of service rules. Hours of service rules are intended to prevent fatigued driving by commercial motor vehicle drivers. Unfortunately, some trucking firms place drivers in impossible positions where they must falsify their logs and drive beyond legal limits to make their delivery on time. Electronic logging systems are intended to make it significantly more difficult to falsify records. 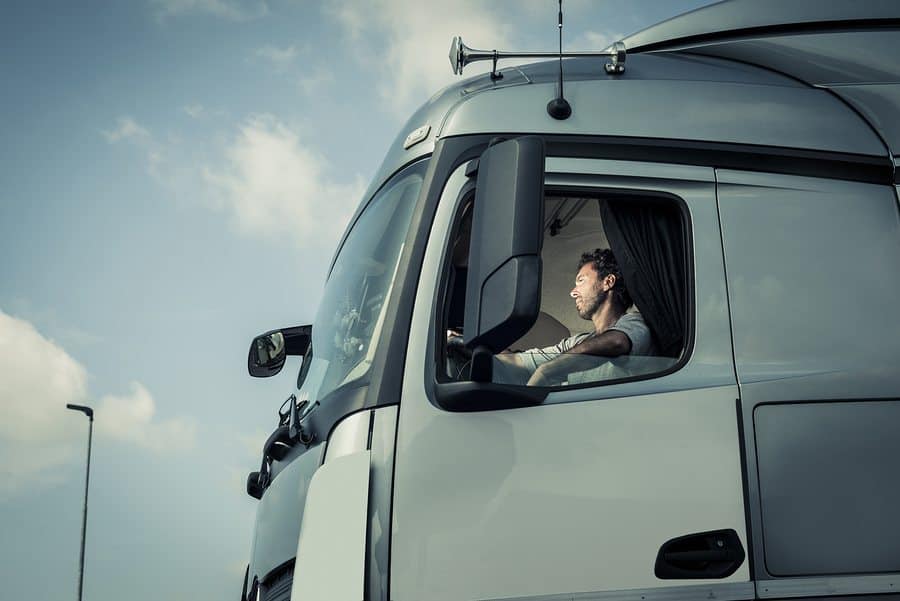 The ELD mandate was passed in 2012 as part of the Moving Ahead for Progress in the 21st Century (MAP-21) law. The law charged the FMCSA with developing an ELD mandate for CMVs. Under the rule, trucking fleets have until December 2017 to implement ELDs for keeping hours of service records. Trucking fleets that have already adopted ELD technology can continue using their current devices until December 2019 when all ELDs must meet certain published specifications.

Some Truckers Are Seeking Pre-2000 Vehicles to Avoid ELD Mandate

One of the loopholes regarding the ELD mandate exists for certain older model trucks. Specifically, models produced in 1999 and earlier are exempted from the ELD mandate. Thus, to avoid the ELD mandate and costs associated with retrofitting a truck, some trucking firms are apparently seeking older model trucks for their fleets. In fact, in an online poll for Overdrive.com, 39 percent of respondents indicated that they would at least consider purchasing a pre-2000 vehicle to avoid the rule. 22% of respondents stated that they were presently actively seeking a pre-2000s vehicle.

However, many commentators have pointed out that there are numerous problems with this approach. To start, a truck with 16 or more years of wear and tear will require significantly more maintenance. The vehicle may even require a partial or full rebuild to make it roadworthy. In the article associated with the poll, one trucker remarked that he had invested roughly $20,000 in upgrades and repair work.

While some truckers may resist the rule simply because they don’t like the idea of the government telling them how they have to perform their job, others may do so due to the costs of complying with the rule. This begs the question:  If a trucking firm will purchase older vehicles to avoid the cost of an ELD retrofit, will the same firm invest tens of thousands of dollars into trucks that are nearly two decades old?

Will the ELD Mandate Result in More Old, Unmaintained Trucks on Highways?

It is certainly far from a foregone conclusion that, at least in the near-term, the ELD rule will result in more unsafe trucks on the road.   Many industry watchers suspect that opposition to the rule will relent at the last moment since the cost of retrofitting a truck is typically less than a full rebuild of an older vehicle. However, the motives encouraging resistance to the ELD rule will certainly play a key part in determining how the situation evolves. A worst-case scenario would involve trucking firms that purchase pre-2000s trucks, fail to perform any maintenance, and use the vehicles to flout hours of service rules. In this scenario not only would potentially unsafe trucks be introduced to the nation’s roads and highways but also these vehicles would potentially be driven by tired or fatigued operators.

If you or a loved one have suffered a serious injury due to an unsafe truck or a tired truck driver, the truck accident attorneys of Reiff Law Firm may be able to fight for you. To schedule a free and confidential consultation, call (215) 709-6940 today.