Can You Sure for Injuries Caused by an Assault in Philadelphia?

Perhaps drawing on knowledge for television crime dramas, many Pennsylvanians are familiar with the term assault in the criminal context. However, many Pennsylvanians are unaware that this term is not only present in criminal law but also is a cause of action when a person suffers an injury that is inflicted intentionally by another person. The Philadelphia personal injury lawyers of The Reiff Law Firm have decades of experience holding the parties responsible for serious injuries financially accountable.

What are the Underlying Goals and Considerations of a Personal injury Lawsuit?

The policy behind tort law, and therefore any personal injury action, is simply to put the injured person in a position as close as possible to his or her position prior to the occurrence of the tort. The primary purpose of tort law is to compensate an individual, at the expense of the tortfeasor (meaning the person who committed the tort), for the damage incurred. See Werner v. Plater-Zyberk, 799 A.2d 776, 784 (Pa. Super. Ct. 2002), appeal denied, 806 A.2d 862 (Pa. 2002). Cf. Restatement (Third) of Torts § 5 (“An actor who intentionally causes physical harm is subject to liability for that harm.”). Thus, a personal injury lawsuit will seek to provide compensation for the damages, lost wages, pain, and suffering, and other losses imposed by the injury. Section 870 of the Restatement (Second) of Torts states the general rule of liability for intentional torts: “One who intentionally causes injury to another is subject to liability to the other for that injury if his conduct is generally culpable and not justifiable under the circumstances. This liability may be imposed although the actor’s conduct does not come within a traditional category of tort liability.” Application of § 870 requires an evaluation of these factors:

Despite the courts naming these causes of actions as “intentional torts,” these torts do not necessarily require specific proof that the defendant had the specific mental process to inflict the tort prior to and leading up to the commission of the alleged tortious conduct.

Rather, the term “intentional tort” is more consistent with the term “willful misconduct.” Pennsylvania courts have routinely found willful misconduct to mean conduct in which the actor desired to bring about the result that followed or when the actor was at least aware that the result was substantially certain to follow so that the actor’s desire can be implied. Evans v. Philadelphia Transportation Company, 212 A.2d 440, 443 (Pa. 1965); Restatement (Third) of Torts § 1. Therefore, an injury does not need to be a certainty to be considered an intentional tort. The knowledge that an injury is substantially certain to follow the action will suffice when making a claim for an intentional tort, according to our Pennsylvania mass tort attorneys.

As set forth above, assault as a legal term can apply in distinct contexts in both the civil courts and in the criminal courts. In the purview of the civil court system, an assault is an act intended to put another person in reasonable apprehension of an immediate battery, and which succeeds in causing an apprehension of such battery. See Cucinotti v. Ortmann, 159 A.2d 216, 217 (Pa. 1960); Belcher v. the United States, 511 F. Supp. 476 (E.D. Pa. 1981).) Furthermore, a civil assault is also accompanied by a battery, which is another familiar term from the criminal courts. A civil battery is committed whenever the predicate act of violence menaced in an assault is actually completed. See Cohen v. Lit Brothers, 70 A.2d 419, 421 (Pa. Super. Ct. 1950).

As a criminal matter, assault is a bit more complex. Pennsylvania’s criminal code specifically delineates different forms of assault including simple assault, aggravated assault, and assault of a law enforcement officer to name a few. Section 2701 of the Pennsylvania Criminal Code defines simple assault as:

[A] person is guilty of assault if he or she:

(A) Attempts to cause or intentionally, knowingly or recklessly causes bodily injury to another;
(B) Negligently causes bodily injury to another with a deadly weapon;
(C) Attempts by physical menace to put another in fear of imminent serious bodily injury; or
(D) Conceals or attempts to conceal a hypodermic needle on his person and intentionally or knowingly penetrates a law enforcement officer or an officer or an employee of a correctional institution, county jail or prison, detention facility or mental hospital during the course of an arrest or any search of the person.

A plain reading of the statutory language demonstrates that as a civil matter the courts are concerned with an imminent threat of physical touching and harm. As a criminal matter, a simple assault is committed when a person actually touches and thereby injures another person. Whereas, in a civil matter if a person actually touches another and injures them they would have committed another tort of battery.

What Does Not Constitute an Assault in Pennsylvania?

Since an assault is defined as an act that is intended to put another in reasonable apprehensions of an immediate battery, it is important to understand what actions can and cannot constitute an assault. For there to be grounds for assault in Pennsylvania there needs to be more than just the exchange of harsh words. Mere words, no matter how threatening they may be, are insufficient to establish that an assault has occurred. Rather, the actor must be in a position to actually carry out the threat immediately. Furthermore, the actor must take an affirmative action to carry out their threat. See Cucinotti v. Ortmann, 159 A.2d 216, 217 (Pa. 1960). This means that no matter how provocative an act is if the act is unaccompanied by an act of overt hostility, there is no legal basis in the civil court system for a tort action. See Sorge v. Unemployment Comp. Bd. of Review, 370 A.2d 818, 819 (Pa. Commw. Ct. 1977). However, it is important to note, that while words alone may be insufficient to support a finding that an assault has occurred, words can extenuate this tort and mitigate the plaintiff’s damages. See Mawhinney v. Holtzhauer, 77 A.2d 734, 735–736 (Pa. Super. Ct. 1951). 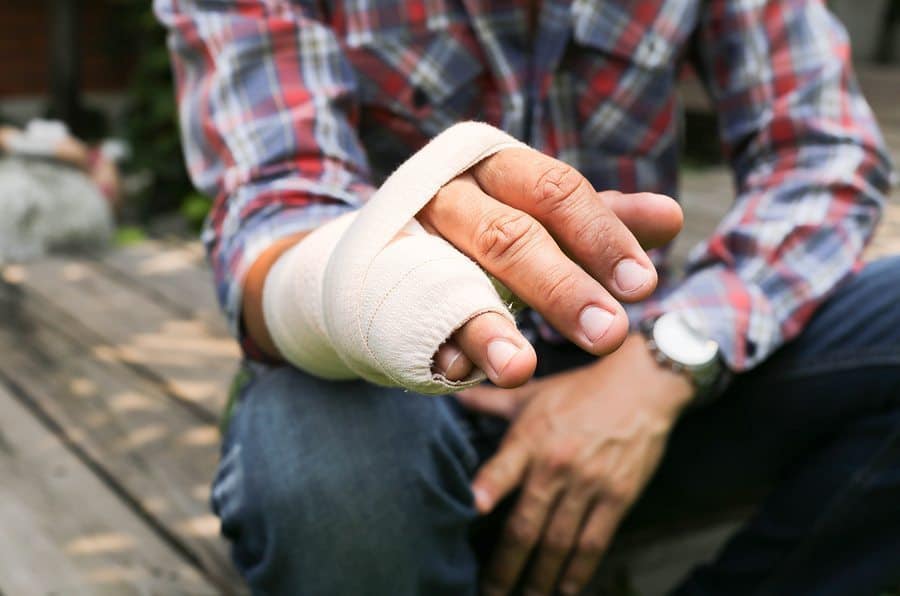 What Damages Can Be Recovered Following an Assault?

The plaintiff must prove the extent of damages if any, that he or she suffered. Thus, even if an injury victim is able to establish legal liability, it is highly likely that the defendant will attempt to show that the plaintiff’s damages are overstated, exaggerated, or otherwise overstated by the plaintiff. Furthermore, the defendant may attempt to show that the injury victim’s own behavior contributed to the extent or severity of the injury. Therefore, it is prudent to work with a skilled Pennsylvania personal injury attorney who can address all aspects of your personal injury claim strategically and aggressively.