Most people probably would have expected the Takata airbag defect situation to be well under control at this juncture. After all, the defect was first announced back in 2011 when Honda expanded its recall of 2001 to 2003 Honda and Acura vehicles. Furthermore, the full scope of the massive airbag defect was known about as early as mid-to-late 2014 following an inquiry launched by NHTSA and recalls by Toyota, Honda, Nissan, and Mazda.

However, Takata was slow to admit a defect existed despite Senators urging a significant recall and U.S. regulators imposing a $14,000 a day fine for lack of cooperation in February 2015. In fact, Takata did not even admit a problem existed until May 2015. Thus, over the years faulty airbags were installed in millions of vehicles. However, the most shocking aspect of this scenario is that a number of automakers are still installing defective airbags known to result in fatal injuries in newly manufactured vehicles. Injured in a car accident due to a vehicle or manufacturing defect? Contact a Philadelphia car accident lawyer.

Does Your New Car Have an Old, Defective Airbag?

Currently, at least four vehicle manufacturers are still apparently utilizing old parts and old stock to manufacture vehicles. According to a report in Bottom Line Personal, it appears that Toyota, Volkswagen, Fiat Chrysler, and Mitsubishi are all still utilizing defective Takata airbags in newly manufactured cars and trucks. Furthermore, VW brand Audi is also apparently engaging in this practice. 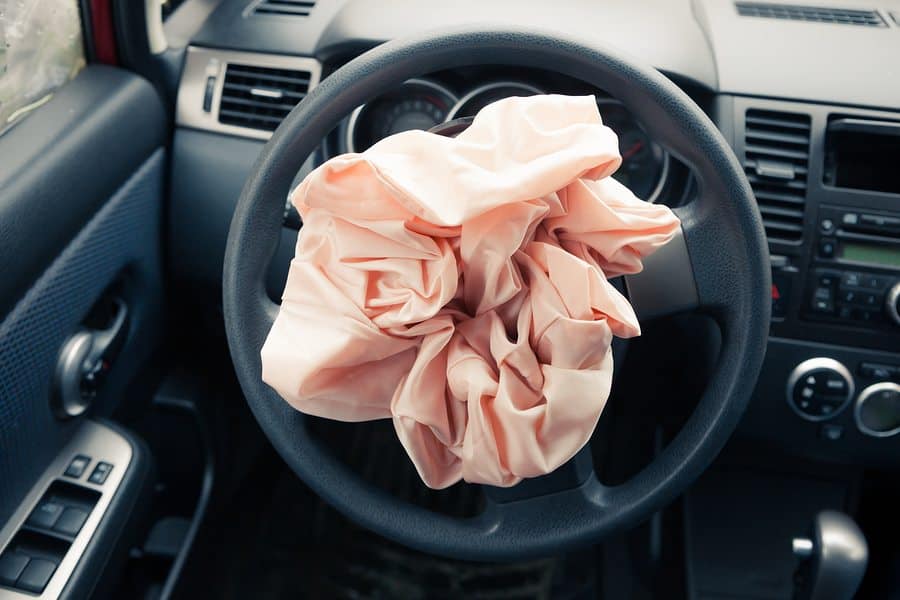 Affected vehicles include the following cars and trucks:

Drivers of the following vehicles should be on notice that their car or truck contains a defective airbag and corrective action will be necessary.

Why Are Automakers Installing Defective Airbags in New Cars?

To many people, the reasons behind installing defective air bags in new vehicles would appear to be indefensible. And, to be clear, this is far from an ideal situation. However, the biggest reason why these airbags continue to be installed in vehicles comes down to the scope of the recall. Simply put, this recall involves years of production and the numbers are simply massive. The recall was recently expanded to include  35-40 million airbag inflators to be replaced through 2019  in addition to the 28.8 million inflators regulators initially identified as needing repair. Thus, there just simply are not enough inflators to go around for repairs and new vehicles.

The second apart of the puzzle as to why these airbags are being utilized despite the defect comes down to regulator’s current understanding of the problem. That is, the airbag defect occurs due to long-term exposure to environmental humidity. The problem is more likely to occur the longer the car is present in a high humidity environment. Thus, regulators and automakers are essentially taking a calculated risk that the airbags will remain safe for at least several years until the situation can be fully addressed. If all proceeds according to plan, these airbags would be replaced long before regulators believe that they would become a danger. 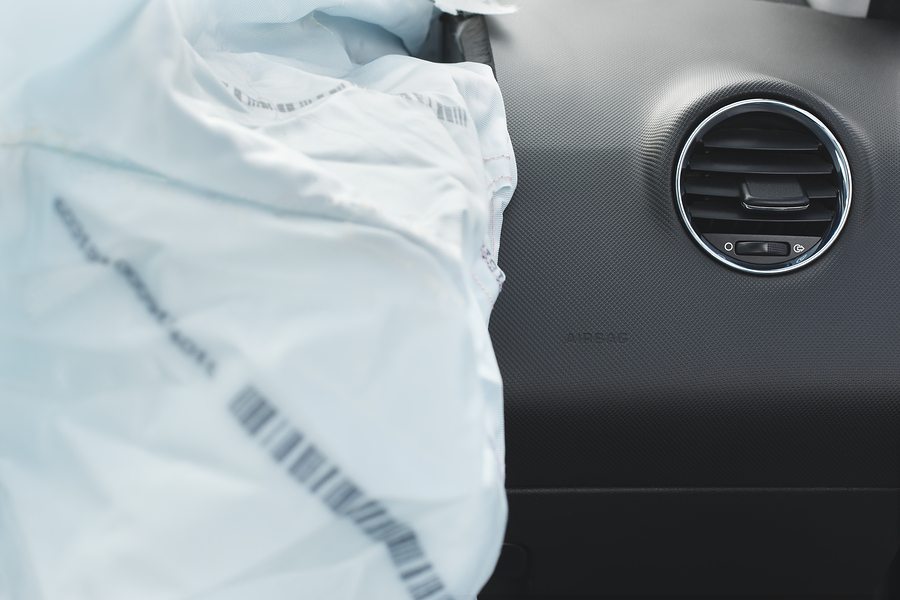 What Should I Do if I Purchased a Car or Truck with a Takata Airbag?

If you purchased a car or truck with a defective Takata airbag, you will eventually have to take corrective action to replace the defective airbag. If you are the type of person who is known to procrastinate or put off seeking repair for a recall, it is essential that you fight this propensity and, once notified,  seek a timely vehicle repair. Remember, the recall notice itself is merely a notice. Until you take the vehicle in to address the safety problem, you will continue to face the same level of risk. In light of the airbag inflator’s tendency to degrade over time, your risk of experiencing the potentially deadly defect only increases.

At least 10 deaths in the United States have already been attributed to the Takata airbag inflator defect. The most recently reported fatality was announced last April. A 17-year-old girl from Texas was fatally injured when the airbag in her 2002 Honda Civic deployed with excessive force. More than 100 people have suffered serious injury due to the defect.

If you have suffered a serious injury or if a loved one has been wrongfully killed by a defective airbag, a Philadelphia product liability attorney of The Reiff Law Firm may be able to fight for you. To schedule a free and confidential initial consultation call our law firm at (215) 709-6940 today.